Category: Pre-workout Tag: Pre workout
Brand Select
Browse
LET THE FEEDING FRENZY BEGIN!
The limit-pushing ingenuity behind Innovative Laboratories bodybuilding products are now wreaking havoc on the preworkout market with the unleashing of their latest legacy: WICKED™. This merciless “MASS-MAKER” employs a triad matrix of one-of-a-kind clinically engineered Nitric Oxide Ampliﬁers, Cell Volumizers & Neurogenic Energizers for pro-anabolic supremacy. WICKED™ is not just another me-too preworkout product as it is truly a state-of-the-science product with several components found only in WICKED™ such as: Agmatine silicate; L-Citrulline Silicate and Red Wine 30% extract! WICKED™ is an elite preworkout stack that provides explosive energy, long-lasting endurance, increased strength and power, road-map vascularity, and razor-sharp mental focus.  WICKED™ will help you to have the best workouts of your life!  You will defy limitations with each and every workout being your best!  WICKED™is simply that….a  WICKED™ preworkout putting your body in “beast mode” and causes you to have wicked energy, skin tearing pumps and freaky vascularity, all while increasing strength, giving you more endurance and keeping you focused throughout the entire workout and wishing you did not have to end the training day. Once you have used WICKED™ it will be preworkout supplement that you will never want to train without. WICKED™  guarantees to give you what you need without pixie-dusting ingredients or giving you nothing more than excessive caffeine.

As mentioned in the description, WICKED™ contains Agmatine Silicate (4-aminobutyl) guanidine silicate, which is a byproduct of Arginine that is produced through a process called decarboxylation. It is basically Arginine with the carboxylic acid end removed. Nearly anyone on planet earth is up on Arginine. Many years back, Arginine was heavily promoted by many bodybuilding companies and sports nutritionists as one of the hottest supplements in sports nutrition for its role in the production of  Nitric Oxide (NO). That is, until now! Agmatine Silicate is the one compound molecule to take part in more metabolic processing than Arginine. There are at least a dozen direct benefits to the bodybuilder and/or health enthusiast from Agmatine Silicate with even more effects being discovered literally on a daily basis! The benefits of Agmatine Silicate include: Increase Muscular Pumps– Enhances Nitric Oxide (NO) Production– Improves Nutrient Delivery to Muscle Cells– Improves Muscle Cell Insulin Sensitivity– and Boosts Endurance and Decreases Recovery Time. Supplementing with agmatine Silicate will yield a metabolic cascade that provides the benefits above and importantly promotes leanness and muscle building. Agmatine Silicate increases appetite even when full, making it easier for underweight individuals to gain weight and muscle.

Citrulline silicate is a proprietary Citrulline/silicate complex with powerful benefits for NO elvation. Arginine is a precursor to nitric oxide, the “miracle molecule” that expands blood vessels to optimize blood flow. Silicon is concentrated within the arteries, where it helps maintain their structural integrity.L-citrulline increases arginine plasma content by  improving the ammonia recycling process and nitric oxide metabolism.After ingesting citrulline, L-citrulline is converted into arginine in the kidneys. Supplemental L-arginine provides a spike of L-arginine in plasma, while supplemental L-citrulline increases arginine plasma levels over a longer period of time.Relative to arginine, citrulline is better absorbed in the intestines and is known as a better source of bodily arginine than arginine itself. Our unique Citrulline silicate provides the benefits of both arginine and silicon, along with additional benefits from the unique synergistic combination. Preclinical data clearly demonstrates the superiority of citrulline silicate over standard arginine, with over twice the improvement in blood flow in a head-to-head comparison of Bradykinin-induced vasodilation response.

The last part of the triad mixture is the Red Wine Extract standardized to 30% glycerol – most Glycerol monostearate (GMS) powdered glycerol products typically utilized in sports nutrition offers a fraction of the potency of the Red Wine Extract used by Innovative Laboratories in  WICKED™. GMS usually is 1.5 to 5% pure, whereas,WICKED™ is proprietary product contains 30% minimum of 25% free molecular glycerol and has numerous added advantages over straight glycerol alone.Glycerol like that present in WICKED™  is easily absorbed and distributed throughout the intracellular space, increasing the concentration of fluid in the blood and tissues, which positively affects osmolarity and hyperhydration. This brings potential benefits for endurance athletes and promoting excess blood flow associated with resistance training. Glycerol has also been shown to help athletes store extra water, delaying the need for hydration. This suggests improved efficiency in exercise, and enhancement of  plasma and intramuscular volume expansion, producing a more engorged muscular look. Red wine has been used by competitive bodybuilders for decades due to its special digestive properties that increase vascularity when consumed prior to a competition or photo shoot. Therefore, WICKED™ utilizes a proprietary red wine extract that will result in more noticeable and pronounced vascularity in most parts of the body. Basically, blood flow to major and minor muscle groups increases, causing the physique to appear fuller and causing veins to appear more pronounced and especially when in conjunction with weight training as when muscles or muscle groups are fatigued via resistance training, blood flow to that particular area increases to sustain oxygen delivery.  WICKED™ has left nothing to chance when developing the premier preworkout product to ever hit the marketplace.

WICKED™ extreme ability to affect the VO2 max is unlike any product on the market. VO2 max goes by many other names, including maximal oxygen uptake and maximal aerobic capacity. Essentially it is the capacity of one’s body to absorb and utilize maximal oxygen during training. The V stands for volume, and the O2 stands for oxygen. Obviously, ensuring peak VO2 max is a major factor in supporting endurance potential.WICKED™ ability to increase VO2 is the endurance athlete’s answer to peak performance and endurance.  WICKED™ is designed to significantly increase strength, speed and power, and enhance recovery. These increases in performance and endurance are mediated by enhancing maximal oxygen uptake capacity (VO2 max), delaying fatigue, and preventing muscle damage during intense exercise.

WICKED™unlocking your potential for a monstrosity of lean Mass Gains and Punishing Pumps. WICKED™’S menacing one-of-a-kind, proprietary  formulation crams your muscle cells to the max with a feral fuel that will invoke Insane Vascularity, Sickening Strength, Hardcore Focus, and Unrelenting Endurance coupled with Heightened Hormonal and Insulin Levels. The interactive impact of this “WICKED PREWORKOUT” blend will turn your bodybuilding into BEAST-BUILDING! *

Be the first to review “HiTech Pharmaceuticals Wicked” Cancel reply 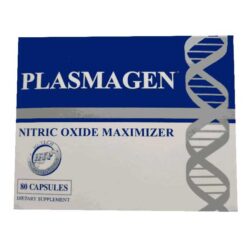 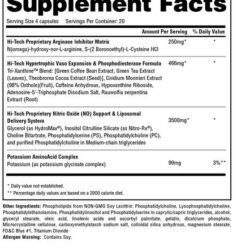 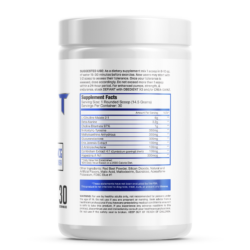 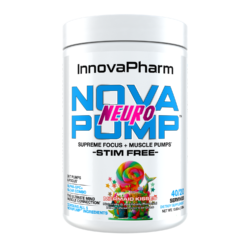 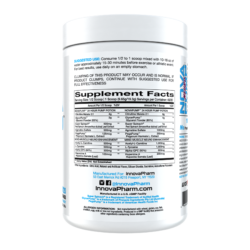 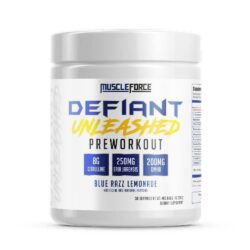 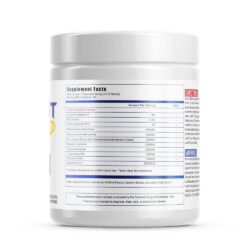 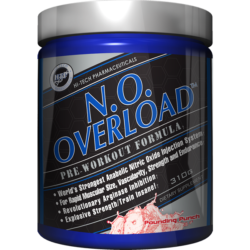 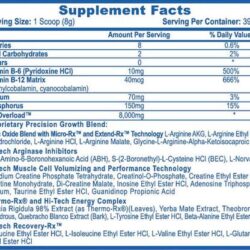 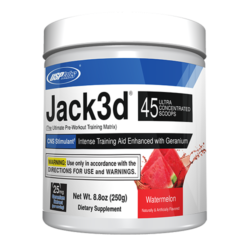 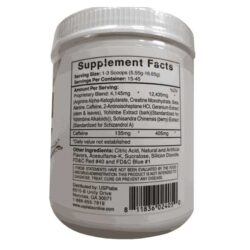 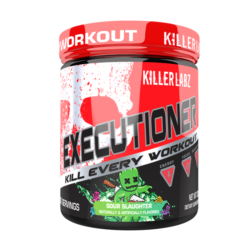 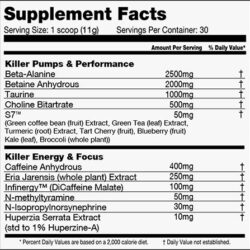 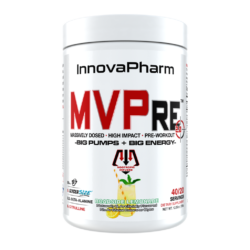 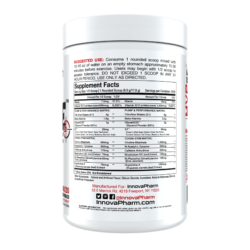